But really, those costume choices

Part two of my costumes-in-sci-fi-and-Valerian rant

If you have read my earlier post “Limitless clothing choices and you pick that” you may have noticed I have some opinions about clothing in scifi and was set off on this instance by my viewing of Valerian. I promise you this post no my earlier post contain spoilers for Valerian if you are still holding out hope of seeing it. Nothing you won’t have seen in trailers or posters anyway.

Last time, I looked at military uniform and the gender disparity which was at least 30yrs out of date and could have taken a lesson or two from Star Trek: The Next Generation’s somewhat sarcastic approach1.
I also questioned how we approach the design of alien clothing, being mindful of real world censorship without enforcing Western morality on an alien culture. Valerian while not the only perpetrator of such fallacies did prove itself to be almost a step by step guide to the worst tropes.
This week I’m examining two more of those tropes: female armour and a strange fascination with antique clothing.

Do boobs give you extra hitpoints

I briefly hit upon the issues with female armour in last weeks post and noted in the footnote that the issues of “boobplate” and ridiculously gendered body armour are superbly handled by BikiniArmorBattleDamage on tumblr. That still stands and I urge you to check out their blog, look at the examples and read their commentary for a far fuller picture. I don’t think I could really let the armour choices in Valerian go by uncommented on, not when it is such a blatant example of the trope and does so without any apparent self awareness. 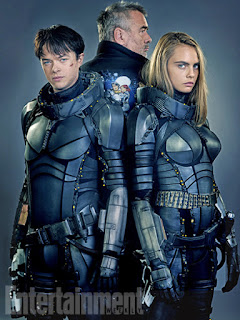 Before we go any further I should point out that yes, there are far worse examples of female armour out there and yes, I suppose we are ‘lucky’ that she has trousers. But I can’t help but notice one major feature of the female armour design that makes me think that the costume designer (or executive decision maker) was thinking less about how armour works and more about the old fallacy that sex sells2. Boob plate: solid, separate cups that sit over the boobs leaving you as to no doubt of the anatomy of the wearer. In contrast, male identified characters get a breast plate, which may have some definition over the pectorals but is rarely molded or as distinct as that on female armour. The arguments for boob plate are that it provides support and space for the breasts. The arguments against boob plate largely come down to “that’s not how armour or boobs work”.

In some contexts it may be appropriate for the breast plate of a character with breasts to have distinct cups. If there’s is a society in which bared breasts are a sign of strength and virility, as for example a well sculpted male chest is often treated, then having formed boob plate may be appropriate. If the society is one in which women are seen as strong and revered, the body is treated with respect and is neither over sexualised or considered inferior, then again, moulded cups may be the preference of some soldiers and may not stand out as odd. In our world, that’s not the case, and in the world of many sci-fi films,including Valerian, we aren’t given any context of that nature. Instead, the moulded cups are merely there as a visual cue in case we forget which one is female.

The costumes are form-fitting for all characters that’s true, so some shaping is necessary for a good fit and movement, especially if the material is rigid. But it’s this rigidity that poses another argument against boob plate: if the armour is curved steeply inward toward the body, as boob plate is around the sternum, then a) you create a pressure point where those hard edges and joins dig into the body, potentially harmfully and b) you also create an angle that literally guides projectiles and other hard items toward the body. That’s two things that armour absolutely should not be doing.

I don’t expect fantasy and sci-fi armour to be completely realistic plus many sci-fi franchises use lasers which overcomes the directional problem which means we should be allowed some artistic allowance and not be restrained by physics and material science at all times. Additionally, actual real historic armour worn into battle and in tournament was often heavily decorated with elements that could prove to be dangerous to the wearer. The difference though is that that decoration was very much a personal preference and display of strength and personality3,4. Boob plate is not, it is the repetition of a tired trope by a production team. It isn’t a creative icon of a fantasy world, it is the same old thing we have seen everywhere else and it serves very little purpose.

This particular point is much more directly linked to Valerian, though there are other films which fall foul, and it’s how much of the clothing is not just inspired by, but directly taken from human history. Valerian is set 500 years in the future and is mostly set on “The City of a Thousand Planets”, a universe spanning multicultural. We know that fashion is somewhat cyclic, that magazines will tell us how “the 90s are back!” how similar patterns of silhouettes repeat and for some, the 70s never really ended. But for a citizen in The City ... to wear clothes not just inspired by but lifted almost directly out of the 2000s would be like people routinely wearing doublets and hose or stiff fronted gowns and ruffs. Are we to suppose that in 500 years clothing hasn’t changed at all, or does this film just happen to focus on a group of highly dedicated reenactors who dress in costume at all times and are considered a little odd? 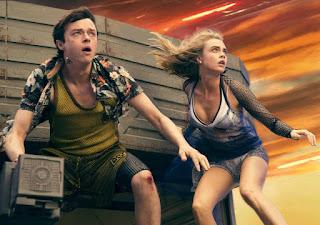 People (well me at least) had high hopes for Valerian with it coming from Luc Besson, writer of cult and blockbuster classic Fifth Element. Fifth Element has aged phenomenally well, key amongst its success the visual aesthetic and the costuming provided by Jean-Paul Gaultier. Though the influences are apparent, and any fans of Gaultier could clearly see his hand at work, the costume created a society and culture that was different, clearly influenced by the new and novel worlds and technologies of the setting to say nothing of the creative entertainment and celebrity industry. Valerian instead had Miami beachwear and faux Victoriana. It was lackluster. Even without the dazzling highs of Fifth Element to live up to it would have been markedly lacking in creativity. 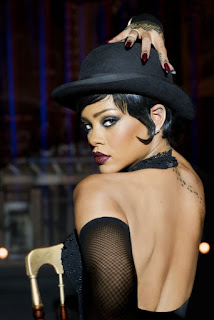 As I said at the start of my first post, costume isn’t just about dressing your characters but about bringing to life an entire culture and setting which we only get to see a limited snapshot of. If your costume is recreations of vaudeville and your average uni-campus but it’s set in space, what are we learning? Well nothing much. The only conclusion I could draw from the Rhianna showpiece as Bubbles, shape-shifting supposedly to match the desires of her “client”, is that Valerian (the name of the main character from which the film takes it’s name) has a deep and abiding fetish for antique costume. Because if it’s odd that a film 500 years in the future includes items that are common now in 2017, it is even more bizarre that it would showcase and dress its characters in facsimiles of Victorian showgirls, 18th Century gowns and 50s pinup. It makes no sense either in the setting or for a sci-fi film: this isn’t Captain Janeway in her Victorian holonovel, this is supposedly people living their everyday lives.

To put that little care and thought into the creation of the world is evidence that too much attention was given to exciting space battles and sweeping vistas and little, if any, was given to the actual world that these characters inhabit and want to save. And if the world is poorly developed then it is no surprise that the characters are less than fully formed and floundering through the plot.
Not only that but it’s a disservice to the audience. It assumes that the only thing we would be content with or accept are the same visuals that are trotted out time and again. Additionally these are styles and visuals that are commonly linked to sex work and titillation in the here and now - we haven’t lost our fascination with the allure of a 50s pinup or Victorian brothel. Of course if we really think about it we know that these are rose-tinted images and that a myriad of social problems from misogyny to poverty are intertwined with these vintage pastiches of sex. To tie them to sex work in Valerian then is to divorce these pretty ideals even more from their roots and to, as with the clothing of aliens, force some very 21st century western morals on to what should be a far more exotic and different place indeed.

To reiterate what I said at the start of the last post on this topic, costume actually matters in film and TV. It is one of the devises that should be used to tell us about the setting and society. When it is done well it can be seamless and we can be transported to another culture. When it is done badly it instead tells us about the culture of the producers and directors. Often instead of our sci-fi being exciting new realms of possibility, we are reminded that the film is just a part of the status quo, nothing new and exciting, just a sad reflection of the world we are already living in.

Valerian got it very wrong, though I doubt it will be the last to do so.

1Not that TNG got costumes perfect or dealt with sexism particularly well, but that was thirty years ago and I’d like to think we’d moved on

3It has to be a very well crafted and clearly shown story for “it’s the character’s choice to have armour like this.” an argument which falls apart even more quickly once you consider this is a military uniform,not personal clothing.

4For some excellent examples of discussion of how LARPers might chose to wear armour which curves around breasts, read this article from LARPHacks